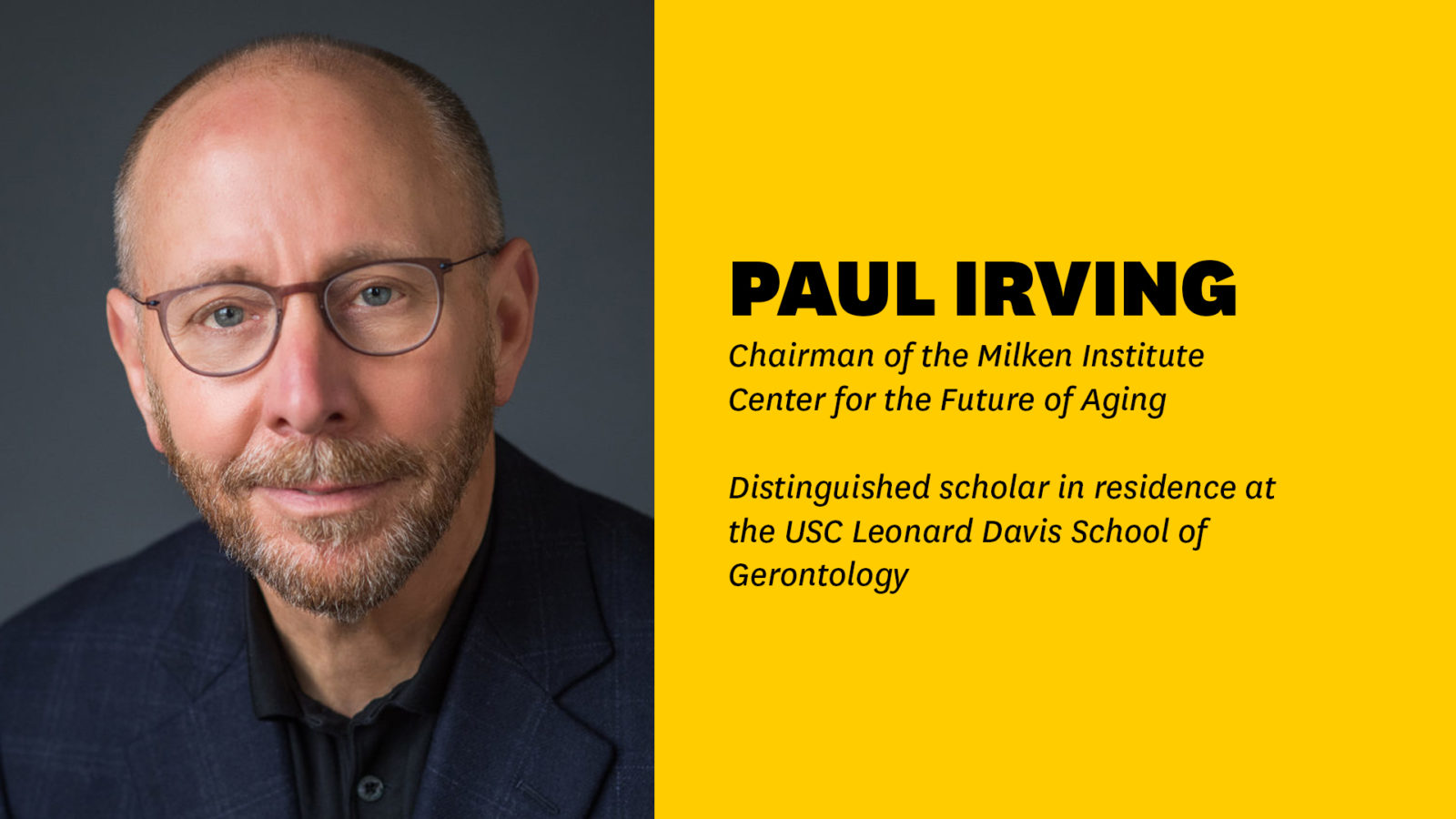 Paul Irving, chairman of the Center for the Future of Aging at the Milken Institute and distinguished scholar in residence at the USC Leonard Davis School of Gerontology, joins Professor George Shannon in a conversation that sheds light on the need to prepare for growing older, reasons to resist retiring, the value of volunteering and other opportunities of aging.

Paul Irving quotes from this episode:

On the importance of planning and preparation

“This is the single thing that we all have in common, if we’re lucky. We don’t have race and gender and ethnicity and religion, but we all have aging. And yet, for some reason, this is something that people don’t want to talk about as much as they should [and] don’t want to prepare for. So, I think that for all of us who spend time thinking about this, [we should be] talking about it, communicating about it, [and] expressing that urgency. Not just for older adults, but for young people as well.”

On the value of volunteering
“[It’s] not just that volunteering and service to youth is good for the beneficiaries, which is kind of intuitive. … The health benefits for the older volunteers are mind blowing. So the point is doing this work is not just good for the world. It’s not just good for young people. It’s good for your health. Every year, in addition to taking blood and doing all the other things that the doctor does when he or she pushes and prods and pokes, the doctor should say to you, ‘So, tell me about your volunteering,’ and maybe give you a prescription for a little bit more time with young people.”

On the benefits of employing intergenerational teams

“Older workers and younger workers bring different things to workplaces, different characteristics. The speed, the creativity and the risk-taking characteristics of youth; the balance, multi-sectoral problem solving and opportunity-creating understanding of age; and the understanding of how to navigate environments and get things done. There’s some research that suggests that intergenerational teams, that mixed-age teams, actually outperform same age teams of any age. … I think that global employers are beginning to get it. It’s beginning to happen in the United States.”

On the power of positive portrayals of aging

“Older adults are as diverse as any other population with the same ups and downs. And I think Hollywood can play a really, really important role — and Madison Avenue too — in changing attitudes and, frankly, changing attitudes faster. I’ll just add that I think things actually are moving. There’s organic change going on now, and the only thing that concerns me is I think it’s not going fast enough. So the question is, what can we do to catalyze it, accelerate it, [and] push it?”

On the business case for catering to older consumers

1 thought on “Paul lrving: the future of aging”