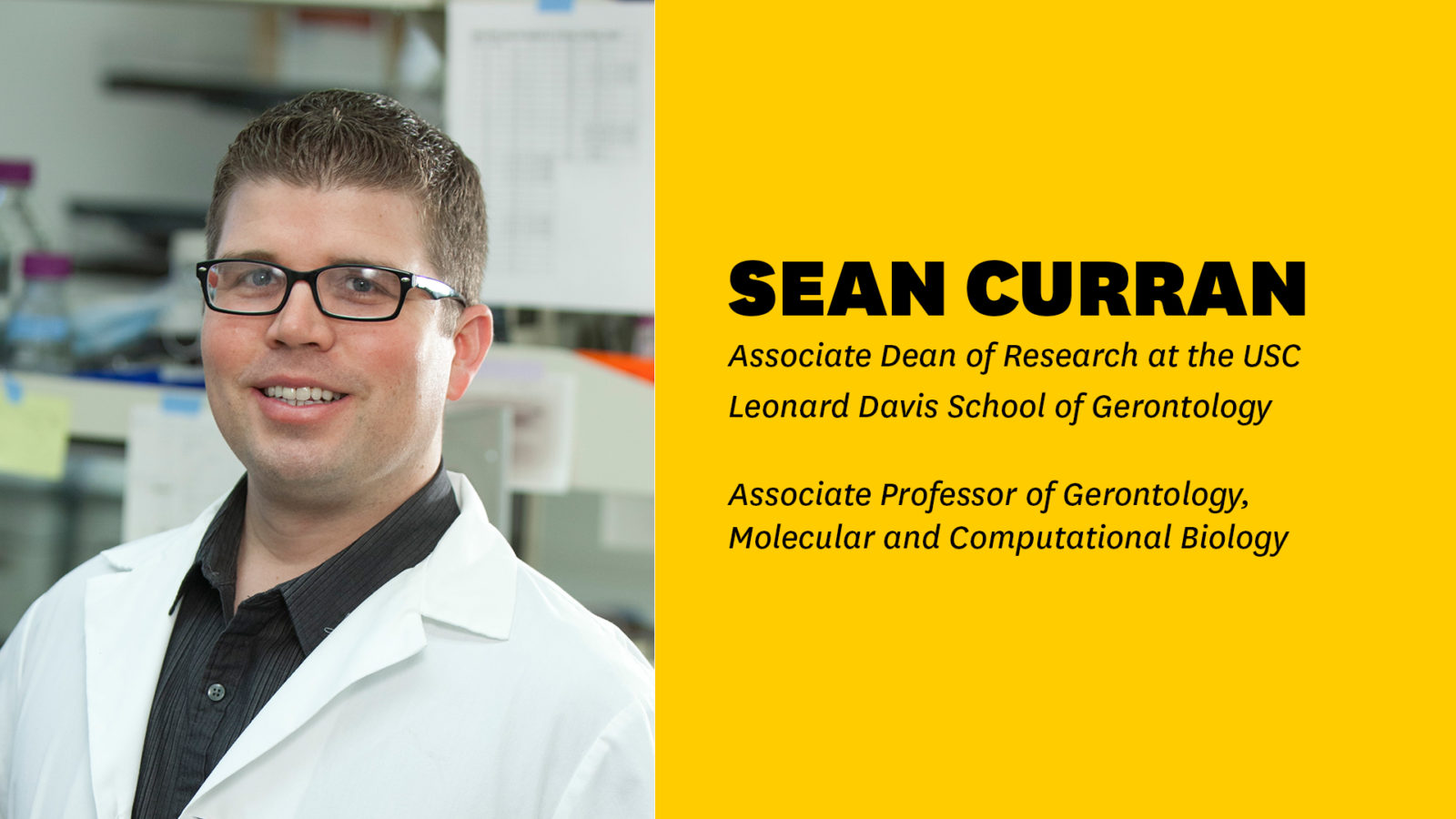 Sean Curran, the Associate Dean of Research at the USC Leonard Davis School and an Associate Professor of Gerontology and Molecular and Computational Biology, joins Professor Geroge Shannon in a conversation about his research toward generating blueprints that can allow an individual to maximize health over the course of their lifespan. Informed by genetics, he is developing the capacity to predict which diets are ideal for a healthy life and which should be avoided.

On the effect genetic makeup has with fad diets

“I think everybody knows somebody who’s done a fad diet that had amazing results. And then similarly either tried that diet themselves or knows someone who did the exact same diet, only to find it didn’t work at all. I would argue that those two diets or those two ways of changing what you eat probably had the same effect overall. But the reason that the results were different was because of the genetic makeup of the individual. So I think this is a new way of thinking about personalized medicine but taking it from a personalized diet standpoint, where rather than prescribing a one size fits all diet, looking at the genetic makeup of an individual and then one day being able to prescribe to them— here are the types of food that you should avoid and here are the types of food that you should increase consumption of on a daily basis.”

On the past research of diets and genetics for aging

“So I don’t think anyone would argue that both diets and genetics play important roles in how our cells metabolize things and, and how healthy we are and how long we’re gonna live. But in the past, the studies that had been done usually look at one specific mutation and in the context of one individual diet. So these are all traditional classical genetic studies. But what we found is actually that diet has a much more powerful role over the lifespan than we originally thought. We’ve actually found conditions where a diet can be used to mask a genetic mutation.”

On his research of worm’s diets

“A lot of studies have shown that worms can actually make a choice to pick one diet versus the other. But I think it’s interesting what hasn’t really been studied yet is whether or not worms make that decision based on the information that’s given to them. Is this diet actually better for them? Is it nutritionally more readily available for them or does it just smell and taste better to them?”

On why food is hard to study with regard to aging

“So I would argue food is probably one of the most variable aspects of any individual’s life compounded across differences and food that you made over the lifespan. Food and diet is integrated into our society on multiple levels. It’s deeply rooted in what your personal tastes are. It’s rooted in what your economic status is, what you have the availability to, to actually purchase in the market as well as cultural and family influences as well. So because of this, I think a lot of the research early on focused on changing sort of large factors in diet, particularly studies that either changed the amount of food that you’re going to eat or when you were given access to the food.”

On how ‘yoyo’ dieting can be hard to keep up

“I think there’s a lot of aspects of diet that make changing behavior complicated. One, the thought of depriving yourself of something, whether you really want it or not, I think perhaps has a psychological effect on a lot of people. I also believe that a lot of changes that you’ll have to your diet work in the first couple of weeks. So I think the existence of what people think of as yoyo dieting is because when you exert a massive change on what your normal behavior is, your body is trying to adapt to this new and different types of nutrients that you’re giving it. Because of that, you probably lose a little bit of weight in the first couple of weeks. After that, your body is used to using the types of nutrients, the types of foods, the amount of calories that you’re giving it. It is adapted to the new diet you have.”