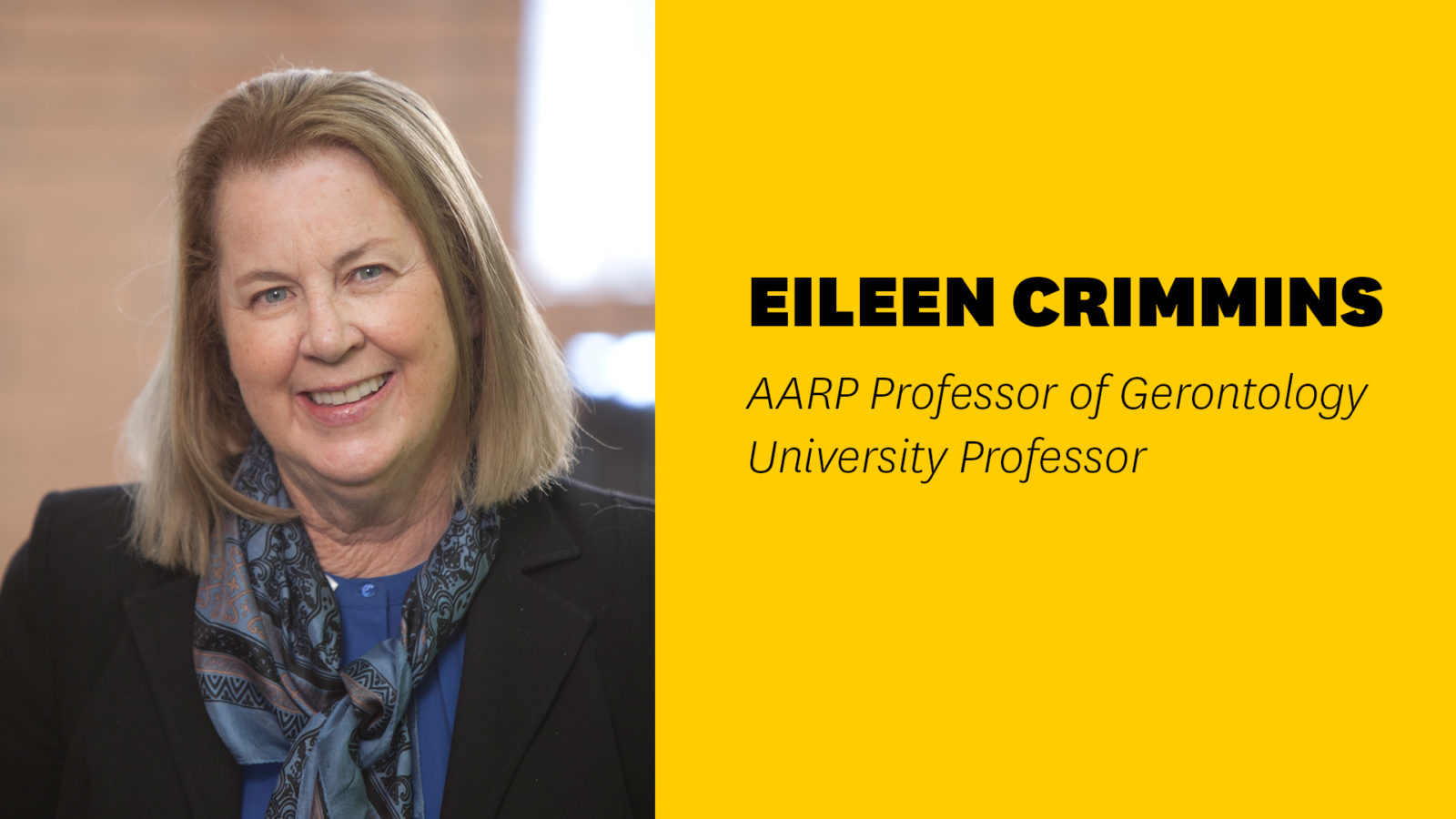 Demographer and USC University Professor Eileen Crimmins researches how and why American lifespans are now falling short of those in other wealthy nations and what the science of biomarkers can tell us about healthy aging.

On the U.S.’s slide in life expectancy:

“Over the last century, the US gained markedly in life expectancy and practically doubled from approximately 40 to approximately 80. And, the US was a relative leader in that up until maybe later part of the last century. … But now we’re down with states that were once part of Russia, Cuba, Chile. We’re below many of those states even now. So, the US, in life expectancy, has really fallen behind everyone, the people we think that should be our peers.”

The decline in average life expectancy appears to be largely due to more death at middle ages:

“We know a significant part of it is not due to old age mortality. It’s due to middle age … the most recent change has been the opioid epidemic. At the oldest ages, we still are a leader in life expectancy. So, above age 74 or five, something like that, we are one of the top countries in life expectancy. So, there’s quite a bit of difference between getting old and being old in this country. It’s a country where we’re less likely to have people get old, but once we get to the point where we are old, we do pretty well.”

How improvements in treating chronic diseases have impacted lifespan and healthspan:

The ways in which adverse childhood experiences, such as abuse, hunger, and stress, can affect health later in life:

“As time has gone on, more and more people have identified early life as having a variety of pathways that affect later life. … [Adverse childhood experiences] appear to have an early effect on epigenetics related to inflammation, which sets in motion things that affect your responses to bacteria and to viruses. … If it’s set in motion early in life, then it’s something you’re constantly using to react to the world throughout life.”

Learn more about Professor Crimmins and her work at gero.usc.edu/faculty/crimmins.