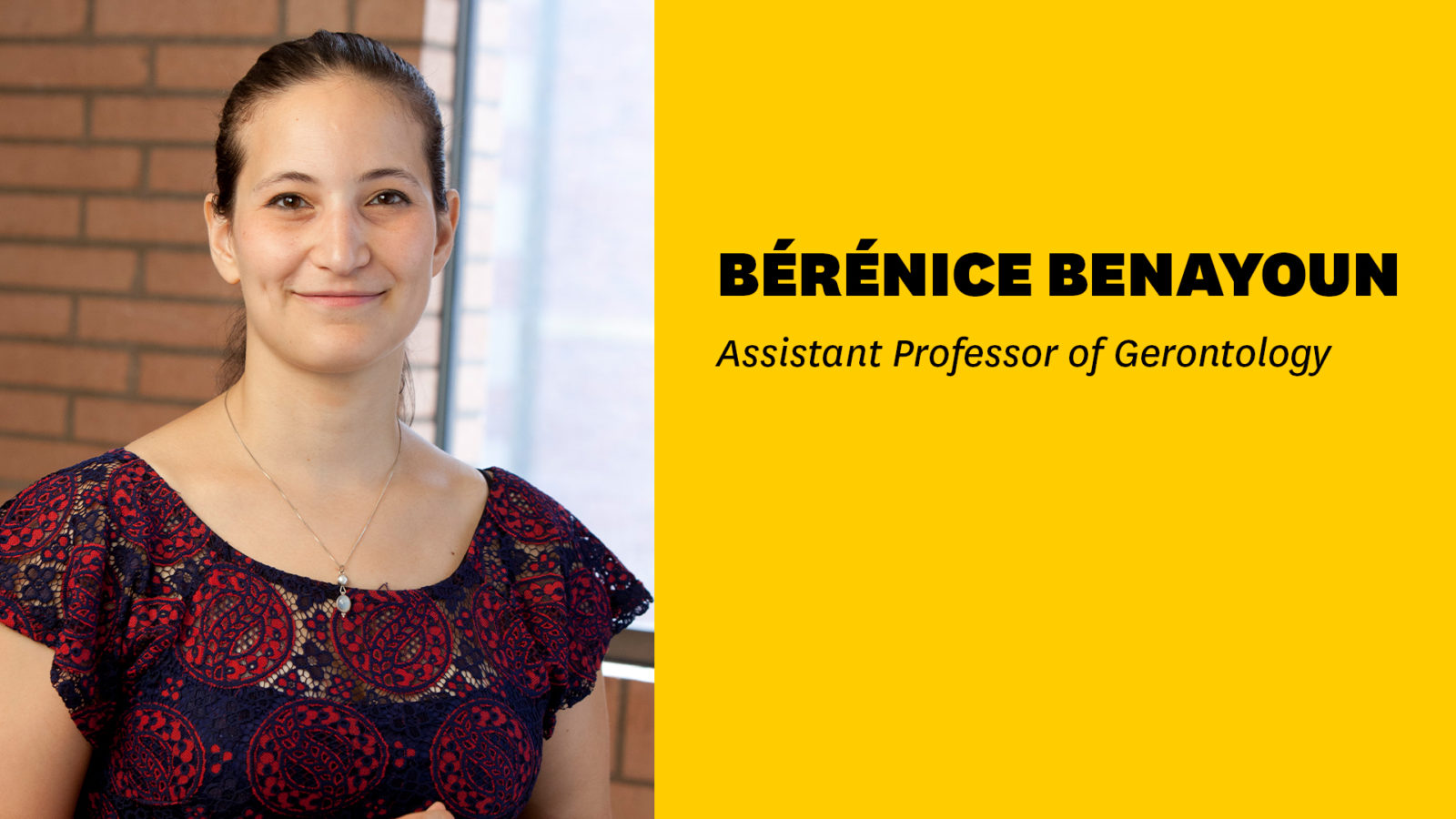 Bérénice Benayoun, Assistant Professor of Gerontology at the USC Leonard Davis School of Gerontology, is advancing what we know about how cells age, and how they can possibly be returned to a more youthful state, by focusing on areas that have historically been overlooked.

The reason it’s so powerful is because we can recapitulate most of what you expect from aging in that short amount of time, including cognitive decline, increased amount of cancers, decreased fertility and all of that.

And, it’s not that they’re dying of like something random. They are dying of aging. When we look at all the signs, they have all the signs of aging, which means we can recapitulate an entire human lifespan in less than six months. And so, that’s very attractive to study aging — diseases of aging — as a model.

One of the problems is they can integrate themselves in genes that are important for cell health, including tumor suppressor genes. And so, when they go everywhere, they’re going to create that increasing mutational load, and they can actually drive tumor genesis, right, by turning off the safeguards against uncontrolled cell proliferation. That’s one thing. The other thing is, they look exactly like viruses as far as our immune system is concerned. They used to be viruses. And so, when our immune system sees a transposon being expressed, it actually activates and tries to kill it.

Maybe, part of the problem with aging is we have sort of an autoimmune response against those viruses, and we know that sustained immune response — which is, you know, this inflammatory response — is actually very bad for us.

At least in immune cell types, aging creates many more changes in female cells than in male cells. That could explain a lot of the differences in immune diseases. Young women are much more subject to autoimmune diseases, like lupus. It’s a frequency of nine to one for women to men, but that decreases after menopause, right? So again, there’s a huge interplay between hormones and immunity and immune cell types. We see that aging creates many more changes in females than in males.

We’re studying aspects of immunity, and we’re actually saying that the immune response is vastly different depending on where those mice are in their hormonal cycle. And so, you know, yes, the data, it looks noisy, but if you’re actually stratifying it by the hormonal status, it’s not more noisy, and it gives you more information.

Learn more about Professor Bérénice Benayoun and her work at https://gero.usc.edu/faculty/berenice-benayoun-phd