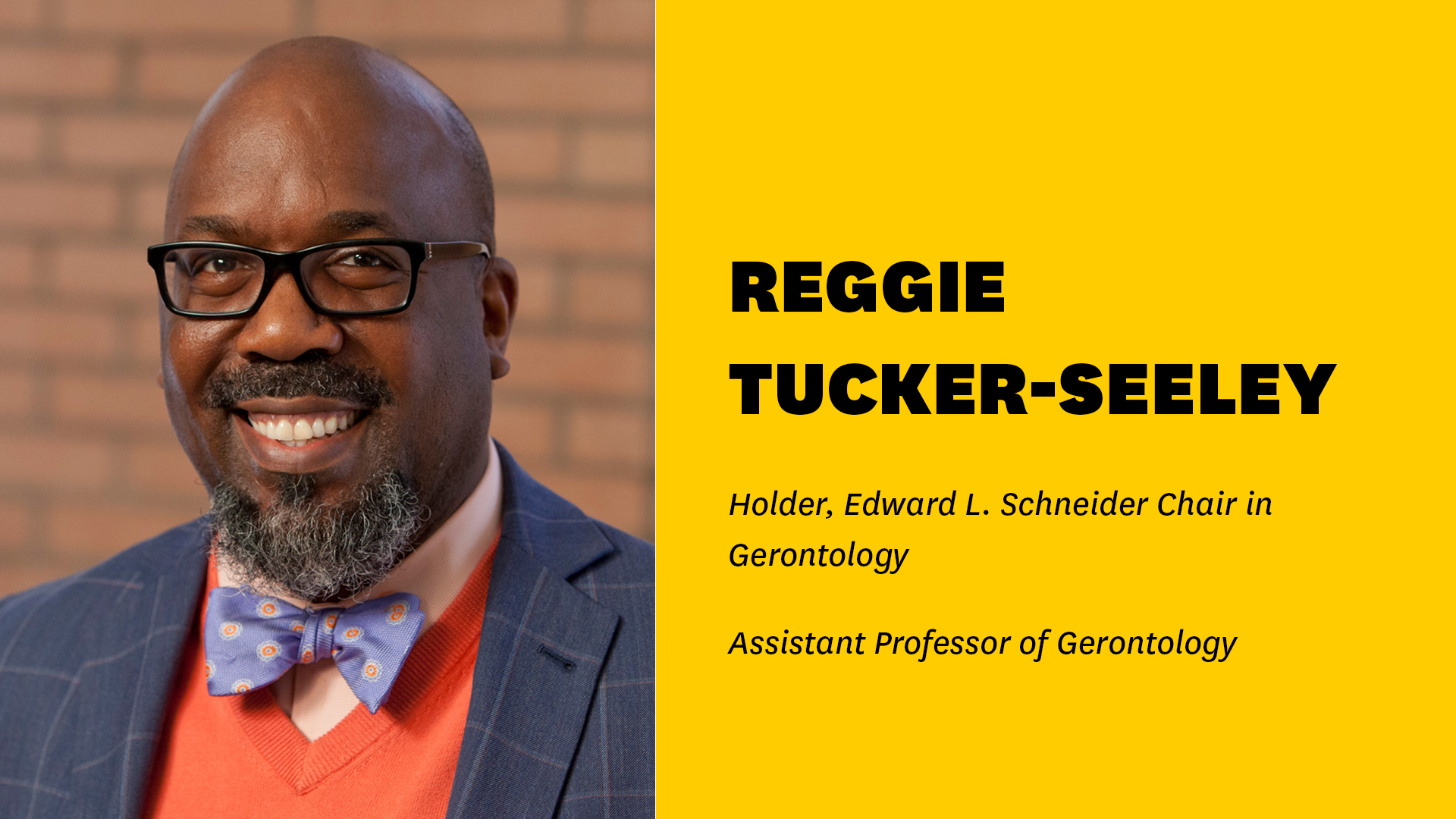 Reggie Tucker-Seeley, the Edward L. Schneider Chair in Gerontology and an assistant professor at the USC Leonard Davis School, is joined by his colleague, Jhumpka Gupta, an associate professor in the global and community health department at George Mason University. The two discuss issues of racism and hate and the implications for health across the life course.

Reggie Tucker-Seeley: “… with the COVID-19 global pandemic, we know that across racial and ethnic groups, that there is differential access to testing, different levels of access to quality healthcare, differences in the navigation of healthcare, differences and caregiving responsibilities, and differences and financial resources to navigate and manage healthcare and caregiving. And these differences have been shown across various health outcomes and almost always Black and indigenous people and other people of color generally fare worse than their white counterparts. Because we have seen this over and over for many health outcomes, many of us health disparities researchers, often state that we are so tired of still just describing the problem, but what does an intervention look like that addresses racism and hate towards Black and Brown people? That is, what this action and this space look like?”

Jhumka Gupta: “There are certainly is not a shortage of research describing health disparities, but what I would like to see more supported is the health benefits of explicitly addressing racism, whether that’s specific anti-racist policy, or if we are talking about implicit bias training of healthcare professionals, how does that not only change attitudes, if at all, among healthcare workers, but how does this training translate into patient health outcomes? How does this training translate into reduced feelings of being in fight or flight among BiPOC and especially Black patients or on a campus community or a specific city?”

Reggie Tucker-Seeley: “I’m reminded of a quote that I’ve used several times related to when does our knowledge about health disparities move us to collective action. And it’s a quote by Sir Jeffrey Vickers from an article he wrote in the New England Journal of medicine in 1958, he stated, ‘The landmarks of political economic and social history are the moments when some condition passed from the category of the given to the category of the intolerable. I believe that the history of public health might well be written as a record of successful redefining of the unacceptable.’ And I use this quote often. And I think the question is when will anti-Black sentiments in the US across our various systems from education to criminal justice to healthcare move from the tolerated to the unacceptable.”

Jhumpka Ghupta: “We also know that these circumstances don’t just happen randomly. They were purposefully shaped by decades and decades of policies, and they won’t be remedied with a one shot or, or simple solution to address health disparities and systemic racism.”

Jhumpka Gupta: (On what prompted them to write their 2016 Huffington Post piece on racism as a public health issue): “We realized that these very critical issues were being discussed more and more in high profile spaces, such as the BET awards, but what was missing was the discussion of health implications. At the same time, it was a presidential election year and the hateful rhetoric of the Trump campaign was only getting worse. And the rhetoric was targeting Black communities, Black and Brown immigrants, refugees, women, and girls, and other communities such as LGBTQ, Muslim, and disabled communities. And for those of us who are trained in and do research in examining health inequities, we could just see the crisis coming. So we wrote the Huffington Post piece to number one, bring the public health lens into the conversation around social injustices by really laying out the decades of literature on how racism and discrimination impact health inequities and 2) to mobilize the public health field to not only study the etiological role of racism and producing patterns of health inequities, but also consider the need to respond to this hateful rhetoric in all spheres of life, outside of academia in our everyday lives.”

“See No Stranger: A Memoir and Manifesto of Revolutionary Love” by Valerie Kaur