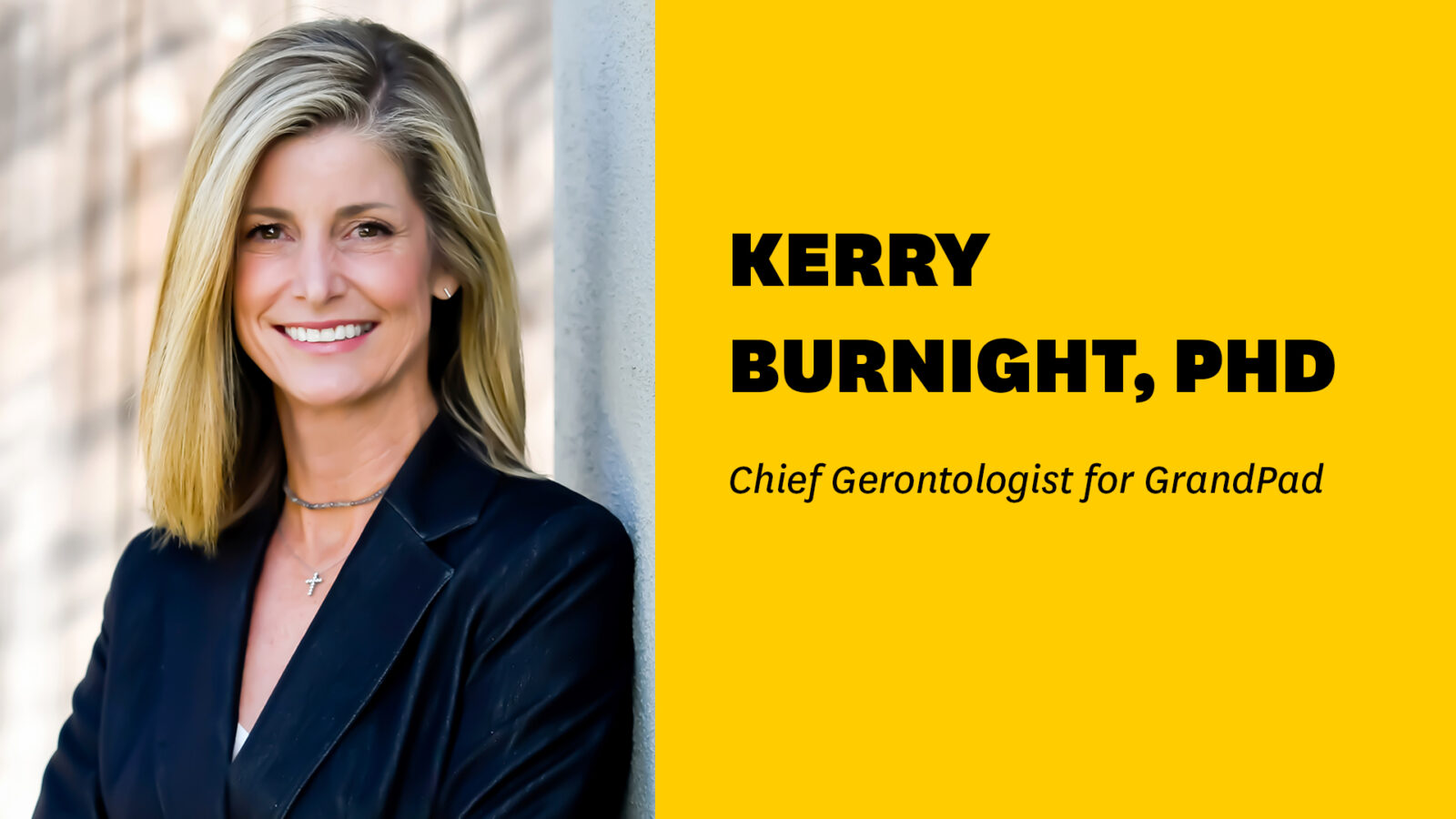 Dr. Kerry Burnight is the chief gerontologist at GrandPad, the creators of an internet-connected tablet designed specifically for seniors. She spoke to us about how the device aims to combat loneliness and abuse and about the sense of purpose that powers her gerontology career.

On being a gerontologist

“To this day, if anybody asks me what I do I say I’m a gerontologist // a person who studies aging. And our goal is to try to make aging a better experience for all of us. And then people are right on board. So I think there’s like a million different ways to express your gerontology ness. And I honestly feel so like the world is the oyster of undergrad master’s and PhD gerontologist and the only thing that will hold you back is not going for it.”

On using technology to address loneliness

“And so, all things being constant being lonely or socially isolated would put you at greater risk for elder abuse and exploitation, but also at significantly greater risk for cognitive impairment for stroke for heart disease and even mortality. So you’re 25% more likely to pass away than those who are not lonely and something. //And so I was thinking, gosh, you know, maybe technology could help us.”

On providing a vulnerable senior with a GrandPad

“He was able to connect with all of us but without any of the scammers are perpetrators and so he was a guy who listened to jazz music and he loved to listen to it on his GrandPad and we did all these video calls and the reason it was so helpful is because it was so different.”

On considering seniors in technology research and development

“Standard technology creates technology targeted and built for those in their 20s and 30s// It was never designed intelligently and to honor you to honor your autonomy. //Many organizations are all about “training seniors” and it’s so silly. If you even take one step back and you think, don’t train them. It’d be like saying let’s train people to wear size two pants. No, you need to make size six pants and size eight pants and size 20 pants not shove people into the tiny pants.”

“Einstein says that the greatest sophistication is simplicity and it’s true, like the hardest thing in the world that you can do is to create something simple and it’s not because seniors are less than. It’s because we have listened. The best thing of my job is that I employ a group of seniors ages 86 to 106 who are called our grand advisors and every step of the way. It is just by listening of what matters and what doesn’t matter to people.”

On the flexibility of a gerontology degree

On the importance of stepping up to help older adults

“All you have to do is spend time with older adults and then you realize you don’t have the luxury of being shy because it’s not about you, it’s about what you can do to serve.

And actually it was a senior who told me that one time I was speaking, there was a crowd of 1000 and I was getting nervous. And so this older person said to me, ‘you need to get out of your way’. And I got really struck me that I was the one like I’m scared to talk in front of people. I don’t want to, blah, blah, blah. Get out of your way because if you’re going to help aging and our own aging, then you better get to work.”